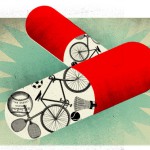 On July 27, the media team at the University of Southampton, in the UK, announced results from a new study concerning a molecule researchers had dubbed Compound 14. When fed to obese mice, it triggered a startling metabolic reaction: In just seven days the rodents shed five percent of their body weight. Even more miraculous, the otherwise healthy mice thinned down while continuing to gorge on a high-fat, high-carb diet—the rodent-equivalent of ice cream and pizza—and all without doing a single bout of exercise.  END_OF_DOCUMENT_TOKEN_TO_BE_REPLACED 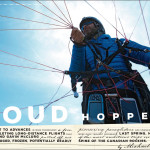 Suddenly, a red streak flits past the summit. Next, an orange blip loops into view. They’re paragliders, two of them, waltzing with the mountain, which looks like a Giza pyramid clad in ice. For nearly an hour, Will Gadd and Gavin McClurg soar like lazy raptors.  END_OF_DOCUMENT_TOKEN_TO_BE_REPLACED 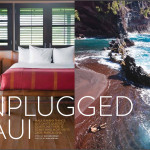 Maui is many things, but on its quietest coastline there is something most visits lack: pure aloha.

For more than three decades my parents have wintered on Maui. In that time they’ve witnessed their once tiny community of Kaanapali transform. Traffic lights, strip malls, construction — what surrounds them today isn’t what originally brought them to the island. And it isn’t what attracted my wife, son and me here for a two-week visit. END_OF_DOCUMENT_TOKEN_TO_BE_REPLACED 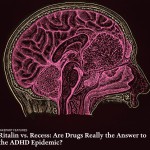 When Emma was just six months old, her parents, Kate and Jeff, began to suspect she was different from other infants. At mealtimes, Emma, their first child, would take two bites, and then her attention would wander. It took cajoling to get her to eat. As Emma got older, her peripatetic focus became evident in everything she did. “She wasn’t engaged with you or the activity,” Kate said. “She was off in her own world.” Shortly before Emma turned four, her preschool teacher informed Kate and Jeff, who live in San Francisco, that their daughter couldn’t follow directions or snap to attention when called upon. In 2009, Kate and Jeff met with a pediatrician and a child psychologist to discuss the issue. The experts arrived at the same conclusion: Emma likely had attention deficit/hyperactivity disorder, or ADHD. (Because of the stigma sometimes affecting people with ADHD or other mental health disorders, TakePart has honored the family’s request to use pseudonyms.) END_OF_DOCUMENT_TOKEN_TO_BE_REPLACED