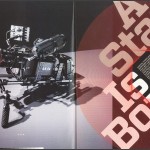 Digital video was supposed to replace film. But the picture looks flat and fake, and Hollywood was slow to switch. That’s changing. The Red One, an ultrahigh-res digital camera, is ready of its close-up.

A crowd has gathered front of the Las Vegas Convention Center, where a security guard is about to unlock the main entrance. It’s less than a minute before 9 am, the official opening of the 2008 National Association of Broadcasters Show—typically a sleepy sales and marketing event known more for schmoozing than buzz. But as the glass doors open on this April morning, a hundred people race toward a large crimson tent in the center of the hall.

The tent is home to Red Digital Cinema and its revolutionary motion picture camera, the Red One. Standing nearby is the man who developed it—a handsome guy with a neatly trimmed goatee and a pair of sunglasses perched atop his clean-shaven head. He clutches a can of Diet Coke in his left hand, an unlit Montecristo jutting from between his fingers. END_OF_DOCUMENT_TOKEN_TO_BE_REPLACED 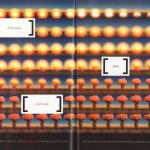 Jos Stam is standing on a pearly white beach under a cloudless sky. He is visiting his parents, who are vacationing in Faro, a medieval town on Portugal’s Algarve coast. Stam, a 41-year-old computer scientist specializing in 3-D graphics, doesn’t look at the world the way the rest of us do. Reality is a binary riddle to be cracked, a series of fleeting images best appreciated after they’ve been rendered into 1s and 0s. Even here, watching the waves hit a beach in Portugal, his thoughts drift, as they always do, toward numbers. He begins scribbling in a small black notebook filled with mathematical interpretations of everything he sees.

Stam is a Nordic Goliath, a neck-craning 6’8″, with blond hair, pale green eyes, a deeply cleft chin, and hands the size of bear paws. He wrote the software behind many of the visual effects in modern Hollywood films—he is one of the few programmers to have won an Oscar—yet he’s all too aware that no software can re-create the aquatic spectacle before him. Computers can simulate simple fluid motion, but on their own they still can’t reproduce the complexity of a breaking wave. END_OF_DOCUMENT_TOKEN_TO_BE_REPLACED 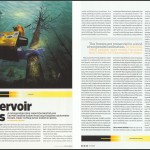 I’m standing on a steel barge in the center of Ootsa Lake, a 154-square-mile reservoir in northwestern British Columbia. A chafing wind blows from the west, where the snowy, nearly treeless slopes of the Kitimat Range vanish into overcast skies. I jump as a voice booms over the outdoor PA system: “Clear to cut!” A few seconds later, a massive spruce tree erupts from the murky water.

Two hundred feet below, a remotely operated vehicle dubbed the Sawfish is wielding a 54-inch-long chain saw. On the deck of the barge, an operator sits inside a cramped, dimly lit control room made from a shipping container. He’s maneuvering the Sawfish with a joystick, and his eyes are locked on a video feed of footage from eight underwater cameras embedded in the contraption. A generator delivers power to the sub through a 720-foot-long high-voltage cable that also encloses a set of fiber-optic lines to transmit guidance commands from the pilot. END_OF_DOCUMENT_TOKEN_TO_BE_REPLACED 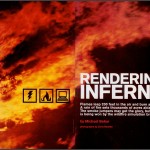 Flames leap 200 feet in the air and burn at 2,000 degrees. A rain of fire sets thousands of acres ablaze. The smoke jumpers may get the glory, but the battle is being won by the wildfire simulation brigade.”

It was one of the worst years for wildfires in Montana’s history: In 2003, more than 2,300 fires torched three-quarters of a million acres—nearly 20 percent of the total burned by wildfires across the US. The western part of the state was hardest hit, especially in late August, when multiple blazes devoured tens of thousands of acres of pristine Rocky Mountain wilderness. Some 2,000 firefighters were deployed throughout the region, as well as nearly every available fire engine, bulldozer, helicopter, and water-tanker plane. Local commanders were flying wildfire specialists in from around the country. END_OF_DOCUMENT_TOKEN_TO_BE_REPLACED 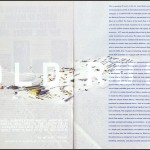 Long hours. Subfreezing winds. Months of absolute darkness. Welcome to the South Pole, where the coolest science outpost on earth is being built atop 9,000 feet of solid ice.

After a grueling 18 hours on the ice, Jerry Marty wanders into the communications center at Amundsen-Scott South Pole Station and collapses on a tattered sofa. It’s midnight and the place is quiet. As the National Science Foundation’s representative for the station, Marty is, in effect, the mayor of the South Pole. A lanky 55-year-old with fair hair and a broad mustache, he is overseeing construction of a $153 million research facility that will replace the Pole’s current structure—a 27-year-old geodesic dome that is slowly being buried under mounting ice and snow. The sleek new station will have it all: from private rooms outfitted with Ethernet and telephone hookups to modern labs and medical facilities—plus a cozy bar where researchers can host their time-honored Slushy Night in style. By 2006, after 15 years of planning, design, and construction, South Pole scientists and support staff will have a home fit for the 21st century.

But building the new station is a tremendously complex endeavor that demands precision choreography among 85 onsite construction workers, contractors in Denver, architects in Honolulu, administrators in Washington, DC, and a 10,000-mile supply chain that begins aboard a cargo ship in Port Hueneme, California, and culminates at the Pole six weeks later with the daily arrival of up to seven ski-equipped cargo planes. Hence, Marty sleeps by the radio in the “comm center”—if any one of these variables goes awry, he needs to be the first to know. END_OF_DOCUMENT_TOKEN_TO_BE_REPLACED 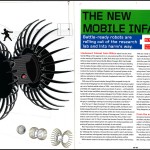 Battle-ready robots are rolling out of the research lab and into harm’s way.

Lieutenant Colonel John Blitch retired from the Army last fall, filling out the paperwork in an out-processing office of the Pentagon on the morning of September 10, 2001. In his three years at the helm of the Defense Department’s Tactical Mobile Robots Program, Blitch had funded nearly a dozen academic and corporate research efforts. Their goal: building bots to replace human soldiers and rescue workers in dangerous situations. Barrel-chested and brawny, the 43-year-old Special Forces officer was leaving to direct the Center for Intelligent Robotics and Unmanned Systems at the Science Applications International Corporation, an engineering outfit and defense contractor in Littleton, Colorado. He planned to start the 1,500-mile drive the following day.

With news of the terrorist attacks, though, Blitch scrapped the trip. He removed his belongings from the flatbed trailer hitched to his pickup, loaded up a set of tactical mobile robots, or TMRs-most about the size of a football and fitted with rugged treads and an assortment of sensors—and headed for New York. On the road, Blitch donned his fatigues, dug out his military ID, and worked his cell phone, summoning colleagues from Florida to Boston to pack up their finest tactical robots and rendezvous at Ground Zero. “When I arrived, we passed through 32 checkpoints,” he recalls. “People were asking, ‘Who is this guy in camouflage running around with grad students and robots?'” END_OF_DOCUMENT_TOKEN_TO_BE_REPLACED