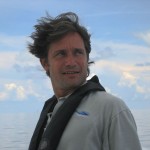 Fabien Cousteau: Underwater Auteur Fabien Cousteau is sunburned. It’s a sultry August evening in Key Largo, Florida, and the 38-year-old grandson of history’s preeminent undersea explorer arrives late for dinner, having just wrapped up a 13-hour day filming coral spawning. He walks across the parking lot of the Italian bistro and extends his hand to shake mine. His wispy brown hair is flecked with gray, a striking contrast to his crimson face. “I’m Fabien,” he says. “I’ll be right back.” With that, he darts across the blacktop highway in his flip-flops and into a CVS pharmacy. Five minutes later, he returns clutching a jumbo bottle of aloe vera gel. END_OF_DOCUMENT_TOKEN_TO_BE_REPLACED 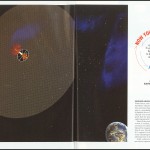 A radical approach to clime change: Re-engineer the Earth so that fossil fuels do less damage.

David Keith never expected to get a summons from the White House. But in September 2001, officials with the President’s Climate Change Technology Program invited him and more than two dozen other scientists to participate in a roundtable discussion called “Response Options to Rapid or Severe Climate Change.” While administration officials were insisting in public that there was no firm proof that the planet was warming, they were quietly exploring potential ways to turn down the heat.

Most of the world’s industrialized nations had already vowed to combat global warming by reining in their emissions of carbon dioxide, the chief “greenhouse gas” blamed for trapping heat in Earth’s atmosphere. But in March 2001 President George W. Bush had withdrawn U.S. support for the Kyoto Protocol, the international treaty mandating limits on CO2 emissions, and asked his administration to begin studying other options. END_OF_DOCUMENT_TOKEN_TO_BE_REPLACED 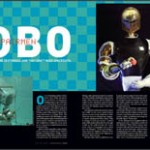 It’s getting harder to find good help these days. So these space engineers built their own.

On a sweltering summer afternoon, Dave Akin, an associate professor of aerospace engineering at the University of Maryland, heaves open a thick steel door and directs me to a stairwell inside a red brick monolith called the Neutral Buoyancy Research Facility, part of the school’s Space Systems Laboratory in College Park. The building houses a 367,000-gallon cylindrical fiberglass tank of sparkling blue water used to conduct experiments under weightless conditions, or as close as we can get to weightlessness here on terra firma.

Akin is clad in sandals, cargo shorts, and a souvenir T-shirt from NASA’s nearby Goddard Space Flight Center that’s stained with barbecue sauce from a school picnic he attended at lunch. Plump, bald, and bespectacled, he greets me with a husky handshake and a warm smile, then bounces up five flights of stairs to the top-floor control room, where a team of grad students is about to lower the Ranger space robot into the water. END_OF_DOCUMENT_TOKEN_TO_BE_REPLACED 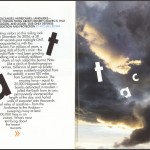 Tsunamis, volcanoes, hurricanes, landslides—the single certain thing about nature’s killers is that they will strike again, and again. Our only defense: ever better prediction and protection.

Humans are fleeting visitors on this roiling rock in the universe. On December 26, 2004, at 58 minutes and 49 seconds past midnight GMT, Mother Earth reacquainted us with this immutable fact. For millions of years, a creeping slab of Earth’s crust—the India Plate—had been grinding headlong into a similarly stubborn chunk of rock called the Burma Plate. Like a clash of Brobdingnagian armies, millennia of pent-up kinetic energy suddenly exploded from the seabed, a scant 100 miles from Sumatra, Indonesia. The ensuing force—equal to 25,000 Nagasaki-size atomic bombs detonated in tandem— jolted the Earth from its axis, permanently shortened the length of the day, and hurled walls of seawater onto thousands of miles of coastline—from the Andaman to the Arabian—sweeping away at least 200,000 lives in an instant. What’s most terrifying about the recent tsunami is that a repeat performance is virtually guaranteed. Earth, by its very nature, is a prolific architect of mayhem and purveyor of calamity. The only thing we can do to protect ourselves is strive to learn where and when such massive natural disasters will happen—because rest assured, they will happen. END_OF_DOCUMENT_TOKEN_TO_BE_REPLACED 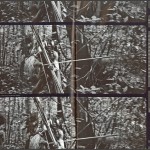 On a planet crowded with six billion people, isolated primitive cultures are getting pushed to the brink of extinction. Against this backdrop, a new form of adventure travel has raised an unsettling question: Would you pay to see tribes who have never laid eyes on an outsider?

I’m somewhere in a godforsaken rainforest on the north coast of West Papua, Indonesia, and I’m ready to get the hell out of here. I’m five days into a three-week jungle trek with 43-year-old Bali-based outfitter Kelly Woolford, and things have gotten both weird and dangerous. Now I’m scared and confused, and I’ve lost all faith in my guide.
“We’ll meet ’em, share a little tobacco, chill for a bit, and then move on—like passing nomads,” Woolford had said. But five minutes ago we encountered bow-and-arrow-wielding bushmen who were so angry that they charged our camp, lobbing three arrows high above our heads. To avoid puncture wounds, I ran straight for a nearby river and almost swam across it, until I remembered that it contained crocodiles that might have torn me to shreds. END_OF_DOCUMENT_TOKEN_TO_BE_REPLACED 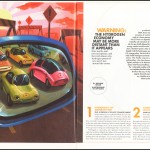 Warning: The Hydrogen Economy May Be More Distant Than It Appears Download PDF

Nine myths and misconceptions, and the truth about why hydrogen-powered cars aren’t just around the corner.

In presidential campaign of 2004, Bush and Kerry managed to find one piece of common ground: Both spoke glowingly of a future powered by fuel cells. Hydrogen would free us from our dependence on fossil fuels and would dramatically curb emissions of air pollutants, including carbon dioxide, the gas chiefly blamed for global warming. The entire worldwide energy market would evolve into a “hydrogen economy” based on clean, abundant power. Auto manufacturers and environmentalists alike happily rode the bandwagon, pointing to hydrogen as the next big thing in U.S. energy policy. Yet the truth is that we aren’t much closer to a commercially viable hydrogen-powered car than we are to cold fusion or a cure for cancer. This hardly surprises engineers, fuel cell manufacturers and policymakers, who have known all along that the technology has been hyped, perhaps to its detriment, and that the public has been misled about what Howard Coffman, editor of fuelcell-info.com, describes as the “undeniable realities of the hydrogen economy.” These experts are confident that the hydrogen economy will arrive—someday. But first, they say, we have to overcome daunting technological, financial and political roadblocks. Herewith, our checklist of misconceptions and doubts about hydrogen and the exalted fuel cell. END_OF_DOCUMENT_TOKEN_TO_BE_REPLACED