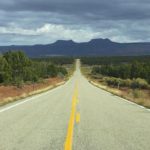 Within hours of the announcement, Utah Republicans vowed to eliminate the monument. Utah Republican Senator Orrin Hatch met with Trump in late January. According to the Washington Post, Hatch reported that “President Trump is ‘eager to work with’ Republican lawmakers on undoing new federal protections for Bears Ears.” Trumps interior secretary nominee, Republican Representative Ryan Zinke, from Montana, is apparently eager to undo the monument, which he called “a travesty.” END_OF_DOCUMENT_TOKEN_TO_BE_REPLACED

In his response to my article in The New York Times Magazine, Why Isn’t the U.S. Better at Predicting Extreme Weather?, Bill Lapenta, the director of NOAA’s National Centers for Environmental Prediction (NCEP), wrote, “Michael Behar’s article provides a stale narrative about the state of American weather forecasting. He ignores the major investment and effort underway to tackle these challenges. The National Weather Service is in the midst of a technology revolution, bringing new satellites, supercomputers and upgraded models online to provide forecasts and warnings that are among the most accurate in the world. For example, hurricane forecasts have seen drastic improvements, as demonstrated by the accuracy of our Hurricane Matthew track and rainfall predictions. The National Weather Service’s skilled and dedicated scientists work alongside public-safety officials to save lives by warning American and international communities in the path of extreme weather. Their work should be commended, not unfairly criticized.” END_OF_DOCUMENT_TOKEN_TO_BE_REPLACED