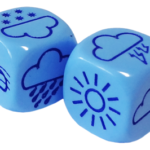 In his response to my article in The New York Times Magazine, Why Isn’t the U.S. Better at Predicting Extreme Weather?, Bill Lapenta, the director of NOAA’s National Centers for Environmental Prediction (NCEP), wrote, “Michael Behar’s article provides a stale narrative about the state of American weather forecasting. He ignores the major investment and effort underway to tackle these challenges. The National Weather Service is in the midst of a technology revolution, bringing new satellites, supercomputers and upgraded models online to provide forecasts and warnings that are among the most accurate in the world. For example, hurricane forecasts have seen drastic improvements, as demonstrated by the accuracy of our Hurricane Matthew track and rainfall predictions. The National Weather Service’s skilled and dedicated scientists work alongside public-safety officials to save lives by warning American and international communities in the path of extreme weather. Their work should be commended, not unfairly criticized.”

I researched my article for the Times over a span of three years. During that period, I spoke to numerous NOAA scientists, both on and off the record, who warned me that Lapenta would almost certainly reject the premise of my piece. Indeed, in both his letter to the editor to The New York Times, and in a statement provided to the Weather Channel and read on-air during my interview with the cable network, Lapenta maligns my reporting, while also providing a few of his own “alternative facts” to create a different narrative. In his Weather Channel statement, Lapenta reckons that understanding weather forecasting and modeling “requires a deeper intellectual curiosity and a closer, more thorough examination than the author was able to accomplish.” Susan Buchanan, acting director of public affairs at the National Weather Service, sent me an email the morning my story went online on the Times website. She wrote, “I’m sure you aren’t surprised that your article was not well-received here at the National Weather Service.” I asked her if there were any specific factual errors she wished to point out. I never heard back.

The profile subject of my article, Cliff Mass, has spent more than two decades documenting the failures of the National Weather Service and the NCEP. My personal favorite is a 2006 paper Mass wrote for the Bulletin of the American Meteorological Society titled The Uncoordinated Giant. More recently, Mass authored a very detailed defense of the facts presented in my Times article. But Mass isn’t the only one challenging NCEP to do better. There have been committees and commissions and reports dating back to the late 1990s—all calling into question NOAA’s ability to effectively leverage its vast resources and technology to forecast the weather. And the failures have almost nothing to do with the complexities of weather forecasting, or technological limitations, and everything to do with NOAA’s byzantine organizational structure and convoluted management strategy.

A small but important point: Lapenta’s claim that “hurricane forecasts have seen drastic improvements” is not true (again, see Mass’s blog for proof). Also, I’m not sure what about my article is “stale,” as Lapenta put it. The NCEP problems I discuss still persist at the agency. If anything is “stale,” it’s that my piece echoes the shortcomings that have been noted repeatedly by the meteorological community over the past 25 years. And Lapenta’s characterization that the National Weather Service is “in the midst of a technology revolution, bringing new satellites, supercomputers and upgraded models online” is also somewhat specious. I’ll give NOAA credit: after many years of delays, its new GOES-16 weather satellite finally went into orbit on November 16, 2016 (after the Times published my story), and just last week it sent its first stunning images back to Earth. But as far as a technology revolution, I’m still waiting. Very little progress has been made in improving weather models. And NCEP’s new supercomputer, which it installed more than a year ago, is still operating nowhere near capacity.

A final note: Lapenta accuses me of unfairly criticizing the work of the hundreds of National Weather Service scientists and forecasters. Other than using a few anecdotes to illustrate where forecasts have gone wrong, I never directly attack scientists or forecasters. Considering the outdated and clunky tools they have to work with, the National Weather Service operational forecasters should be commended—they are miracle workers. Meanwhile, hundreds of brilliant scientists at NOAA are creating some of the most innovative solutions to understanding our atmosphere and climate. Too bad so much of that science and technology isn’t being used to predict the weather.