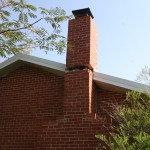 My recent feature in Mother Jones magazine adds to the anti-fracking arsenal. Activists rejoice. Before reporting this assignment, I was neutral on fracking, mostly because I didn’t know much about it. What I discovered is that fracking is an ingenious way of getting fossil fuels out of the ground. It’s also woefully under-regulated to the point where outright bans might make sense. Even those within the industry confessed to me that the fracking boom is the “lawless Wild West” all over again.

In case you didn’t know, fracking creates millions of gallons wastewater that is disposed of in underground wells. Doing so is triggering earthquakes—some large and violent—and scientists are only now beginning to understand why. My story follows the work of the researchers responsible for producing some of the first evidence that quakes can be a direct result of wastewater disposal. Some of these scientists have been ridiculed (mostly by industry) and even silenced for their findings.

At press time, so-called “injection-induced” earthquakes remained controversial. No longer. Three months after my Mother Jones piece hit newsstands, two major studies appeared providing incontrovertible evidence that injection-induced quakes are very real, and potentially very dangerous. The first study appeared the prominent journal Science. It’s author, William Ellsworth from the USGS, was a key source to me. The second paper, also in Science, demonstrated how distant earthquakes can increase seismic activity thousands of miles away, at sites of underground injection wells. Then, in July, another study confirmed that injection wells triggered earthquakes in Youngstown, Ohio, which industry sources had initially denied during my reporting. At this point, there is no doubt that wastewater injection from fracking can cause damaging quakes. But my guess is that it’s going to take a massive and destructive injection-induced quake—a 6.0 in Dallas, perhaps—before regulators take action.