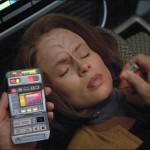 [Originally published at The 6th Floor – Eavesdropping on the Times Magazine, March 26, 2014]

What got you interested in the subject of electronic devices being implanted into humans?
I read a lot of medical journals like Nature and Science. For probably a year, I had been seeing various stories about using the nervous system to cure disease. There has been a lot of work looking at the nervous system and the immune system to deal with cancer. These were independent researchers. I’d see a study here and a study there, and nothing really warranted a feature story. I collected clips over at least a year. Last fall, I saw a story in Nature about GlaxoSmithKline launching a bioelectronics division. Big Pharma is very conservative in business, in technology. They have to be. It is the nature of their business. To see them take an interest in a very science-fictiony or way-out project made me think, “Huh, there is more to this than I know.” They planned an invite-only conference to get all of these researchers I had been following together in one place.

Even before you reached out to Big Pharma, what made you believe that bioelectronics was not too out there to be real?
You can publish the fact that I’m a total Trekkie. I love “Star Trek.” A good part of the medicine in “Star Trek” is based on tapping into the nervous system to cure everything. It’s just one of these things that I’ve always thought makes sense. The brain and the nervous system are the C.P.U., the central processor, for our entire body. Every cell, every muscle, every organ responds to nerve impulses. Why weren’t we looking at that? That’s the root language for everything.

Why did Mirela Mustacevic agree to have a device implanted in her? What was her motivation?
She was originally supposed to be anonymous in the story. And originally all of my questions were relayed through the scientists. Then The New York Times went and photographed her, and she decided that she would identify herself. That was her prerogative. I didn’t want to force her or make her uncomfortable. Literally the day before we went to press, I got her number and talked to her directly. She told me that she is an I.T. person. She deals in technology, so she had a belief that this might work for her. She wasn’t as doubtful as, for example, the first patient Kevin Tracey had, who was a Bosnian truck driver. Generally, I think rheumatoid arthritis is brutal. It is a very painful disease that can strike people when they are very young. Drugs for it have terrible side effects.

The risk of surgery is real, and if the device doesn’t work, you have to remove it. But if you read about what some drugs do to R.A. patients and put yourself in their shoes, you can see why they would do it. Mirela told me she exercises every day, she doesn’t eat junk food. She thought that the drugs she was taking were unnatural and terrible for her body. She told me this seemed like more of a natural solution. In a way it is natural — using the language of the body to heal the disease. But on the other hand, you are introducing an object into the body.

Was there anything else you reported on that was of interest that didn’t make it into the story?
Yes. Tracey presented at a conference about how the mind and body interact a few years ago. The Dalai Lama was there. He asked a question of Tracey about this nerve stimulator. They had a conversation through a translator, and eventually the Dalai Lama shook his head knowingly. He recognized that this placement in the neck, the vagus nerve, where Tracey implants devices, was an important point for an Eastern healing process. This is essentially the Western world discovering acupuncture, which taps into the nervous system to heal things, sometimes using electrical currents. Eastern medicine practitioners might look at this and go, “Yeah, this is what we’ve been trying to tell you for 4,000 years!”

When Tracey and I talked about the similarity of the approaches, he told me, “Be careful how you write this, because half of the world will read this as if you’re trying to teach them how acupuncture works, and they already know how it works.” So Tracey was urging us to be respectful of how we put the Dalai Lama’s comments, and the relationship to acupuncture, in context. It’s not as if the scientists have figured out something that acupuncturists didn’t already know, and practice, in a different way.