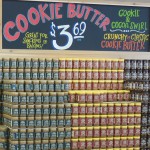 Last month, on Valentine’s Day, Trader Joe’s held the grand opening for its first store in Boulder, Colorado, where I live. In fact, there were previously no stores anywhere in Colorado, and residents had long been begging the grocer to locate here via online petitions and Facebook fan pages. In early 2012, inklings emerged that TJ’s was eyeing potential Colorado sites, including my town. The rumors headlined Boulder’s Daily Camera, which would report on the $11-billion chain in some 70-plus articles over the next two years.

When opening day arrived, hundreds turned out. A jam band hammered on steel drums, while fist-pumping employees clad in Aloha shirts handed out plastic leis to swooning customers. To marshal traffic, police were on hand. So were Jim and Lisa Lucas, who ducked work to publicly profess their love to Trader Joe’s in its parking lot. Elated, too, were Joe and Jennifer Boyte. The couple had been making pilgrimages to the nearest Trader Joe’s, in Santa Fe, New Mexico—an 840-mile round-trip drive for items like Two Buck Chuck and dark-chocolate-and-sea-salt-covered butterscotch caramels.

Once our store opened, a trek to TJ’s quickly became a right-of-passage in Boulder. “Have you been yet?” demanded my foodie friends, incessantly. Suddenly, Trader Joe’s was bigger than legal weed. Resistance was futile. But I was wary. Our cookie-cutter supermarket, King Soopers, owned by the Kroger conglomerate, already carried enough organic food to feed a battalion. Our 40,000-square-foot Whole Foods is mobbed daily, like Mecca during the hajj. From what I had researched online about its offerings, I wondered how Trader Joe’s expected to survive selling mostly over-processed garbage to throngs of kale-huggers.

Trader Joe’s isn’t hawking health food exclusively. Even so, its marketing certainly exudes an aura of clean livin’ goodness. Plus, its website claims that its privately branded products—those with the TJ’s label—contain “no artificial flavors or preservatives,” and no “synthetic colors, MSG, trans fats, or genetically modified ingredients.” They also tout vegan, kosher, gluten-free, low-sodium, and fat-free alternatives. Tantalizing! Upon arriving at the Boulder store, I grabbed a shopping cart, thinking I could fill it with actual food.

“You don’t want to buy that,” warned Melanie Warner, who I had asked to tag along. “But it’s just dried peaches?” I pleaded before glancing at the second ingredient: sulfur dioxide. Warner wrote Pandora’s Lunchbox: How Processed Food Took Over the American Meal, which The Huffington Post named one of the best food books of 2013. I trust Warner because not only can she pronounce “tert-butylhydroquinone,” she also knows that it’s a suspected carcinogenadded to many fast foods, Cheez-Its, and Pop-Tarts.

According to the FDA, sulfur dioxide is not natural (though it is a common preservative, and also used by vintners in wine). We made a beeline to the customer service counter, where a “crew member” named Kerrie was happy to assist. How does sulfur dioxide reconcile with your “no artificial preservatives” policy, I asked? This kind of inquiry is hardly uncommon around our health-obsessed town. She was stumped and telephoned corporate. The answer: “It’s 100-percent natural,” insisted Kerrie. “Like the sulfur dioxide you get from volcanoes.” So, like the crude oil you find underground? Warner said later, “Poor Kerrie. She’s got her job cut out for her in Boulder.”

Indeed, Kerrie tells me she’s been with Trader Joe’s for eight years at locations in Vancouver in Washington State, Portland, Oregon, and Rochester, Minnesota. “We’re getting more questions from customers in Boulder than at any other store I’ve worked at. People are more conscious, and they’re also skeptical because we’re the new kids on the block. But we knew this was going to happen here.”

Three hours later, she called me at home. “I looked into sodium lauryl sulfate,” she said. “It’s used to control acidity. We’ve received a lot of concerns about it, so we’re in the process of reevaluating it. And I’m still researching the rest of your list.”

Kerrie rocked. But neither she nor Warner could help me fill my cart. “They’re creating whole new categories of crap,” declared Warner, palming a jar of Trader Joe’s Speculoos Cookie Butter, made with “crushed biscuits,” something called “raising agent,” four different types of sugar, and margarine (people still use that?).

I spent nearly 90 minutes scouring the aisles with Warner, using our iPhones to Google the ingredients of dozens of products. Natural or artificial, the place is a preservative shit-show. The entire freezer section might as well be the poster-child for What’s Wrong With the American Diet because boxed meals with 20-plus ingredients and scads of sodium aren’t healthy—with or without the bonus mystery additives.

And if you’re worried about GMOs, you’re going to have to take TJ’s word that they’re absent because company executives won’t reveal their outside vendors or allow for third-party verification. As for meat, a handful of shrink-wrapped steaks touted “all natural,” while a “Go Texan” logo emblazoned packages of turkey cold cuts. My inquiry to an employee restocking the deli aisle got a polite and honest reply: “If it doesn’t say organic, you can pretty much assume it’s raised conventionally with antibiotics and hormones.” Yikes.

We ventured to Trader Joe’s at 11 a.m. on a blustery and frigid Tuesday morning in early March when we figured the place would be deserted. But the Cult of Trader Joe’s is strong in these parts. It was packed with salivating Boulderites, who, like me, probably assumed there was something healthy to be found inside. At checkout, the clerk gave my forlorn cart the once-over. “Did you find everything you need?” Need? Well, no. But it wasn’t a total loss: I scored some organic chicken breasts, a few cans of low-sodium organic black beans, and four tins of wild-caught sardines.

Now before you get all huffy and post vitriolic missives in the comments thread of this piece, know that I’m writing this in the context of Boulder, where even 7-Eleven stocks organic milk. This is not about Trader Joe’s operating in urban food deserts, places like Atlanta or Memphis. And it doesn’t concern Trader Joe’s in Northern California, where a friend who lives in Marin County informed me his only alternative, Safeway, is a Soviet throwback. In these cities—assuming the abundance of cheap, prepackaged fare doesn’t sucker you in—Trader Joe’s is a godsend.

Trader Joe’s old-schoolers whose dietary choices I respect advised this: Don’t go for grocery shopping. Treat it like a flea market—a place to hunt for the few prized gems hidden amid mostly worthless junk. With any nascent retail endeavor in finicky Boulder, there is a learning curve. Though Trader Joe’s appears to be a willing student, I won’t be making another trip anytime soon. And yet with employees like Kerrie compiling customer wish lists and addressing complaints from sticklers like me, I’ll never say never.