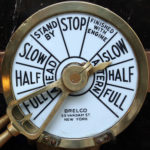 “Time does not fly when you’re having fun,” is what I insisted to anyone who claimed otherwise. Whenever I broke from the mundane, time slowed down, or at least my perception of it. It irked me that nobody else seemed to notice this phenomenon. So I proposed a story about it to 5280 magazine. As it turns out, neuroscientists had been investigating the so-called “vacation paradox” for decades. Hooray! I wasn’t delusional. Time actually does pass more slowly when we’re doing out of the ordinary stuff. For me, it occurs while engaged in outdoor pursuits—skiing, backpacking, mountain biking, trail running. While researching the article for 5280, I learned that a key trigger for altering time perception (that is, slowing it down) is the sensation of “awe”—when we witness something amazing. That discovery led to a second article, for Men’s Health, published in June 2018, about the health benefits we get during awe-inspiring experiences. Apparently having our minds blown is good for us.