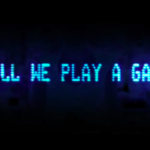 Remember when Matthew Broderick hacked into a DOD supercomputer and inadvertently started a simulation that threatened to launch a global nuclear war? I visited the North American Aerospace Defense Command (NORAD), where the film purportedly took place, and discovered that Hollywood did a darn good job of mocking up the most secure and impenetrable military bunker in the world. I live in Boulder, about a two-hour drive from NORAD, which sits deep inside Cheyenne Mountain, a natural granite fortress near Colorado Springs. Air & Space magazine sent me into the facility to write a feature pegged to NORAD’s 60th anniversary. I’m thinking, “60 years?” The place will be dusty and antiquated, with clunky knobs and dials, like the inside of an Apollo Command Module. I was wrong. Every aspect of NORAD has been modernized and upgraded. Its state-of-the-art imaging satellites can track just about every moving object anywhere on the planet—planes, trains, automobiles, watercraft, even my kids riding their scooters down our block. The last thing I expected was to leave NORAD feeling safer. While any lingering expectations of personal privacy quickly evaporated by the end of my tour—these folks can read the label on my jeans from orbit—at least I’ll get a 15-minute heads-up before the ICBMs detonate.